Have you ever dreamed of owning a Mercedes 6x6 offroad monster but are short of a million dollars? Worry no more, the 4x4 angels have heard your prayers. Imagine the looks of your fellow mates when rocking up with this beast of a machine at your local Maccas. No ditch too wide, no speed bump too high, whatever you throw at this 3-axle Merc, it will just eat it for brekkie.

But hold on, wait a minute. Is this really what it appears to be? We’re afraid it’s not and it’s actually surprising what really sticks under its body. Believe it or not but underneath the Mercedes AMG shell lives and breaths actually a … you better make your bottom feel comfortable now ... a Suzuki Jimny.

The Suzuki Jimny JA11, which is originally one of the smallest four-wheel drives in the market, powered by a 1.3 litre engine, producing a power of 80 HP, has been chosen by Japanese students to be modified into a 6x6 Mercedes G63 AMG. These students are enrolled at the Nihon Automotive Technology School (NATS) which offers four very unique courses for about 750 upcoming engineers.

These courses are called the Maintenance, Customization, Motorsports and Research Course and are implemented to showcase the school’s customization program. So the story goes, that 15 students have been picked to build a very ambitious prototype which displays at the famous Tokyo Auto Salon. These students came up with the idea to make a miniature 6x6 offroad vehicle to better suit the narrow streets of Japan without losing its prestige. Their budget? 1 Million yes or just about 12,000 Australian Dollars. 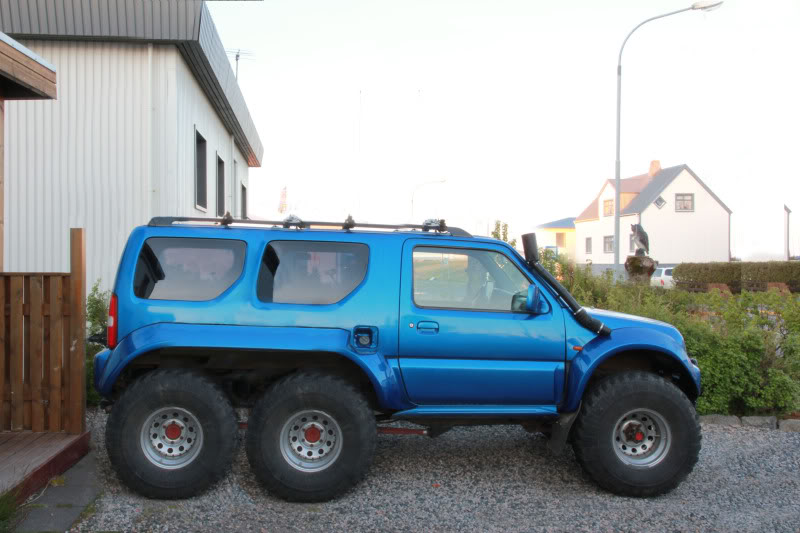 After sticking their heads together they came up with the idea to copy the iconic design of the 6x6 Mercedes AMG (which was featured a few years ago at Top Gear). They lent the chassis of 2 Suzuki Jimny and began the transformation by chopping the rears and increase the length of the frame to make space for an additional axle. Then they borrowed grille, emblem, LED lights, tail lights and bumper from the actual Mercedes. They had to chop the sides of the bumper as they were quite a bit wider and with the help of some fibre glass they were able to contain its epic look.

Even the bed of the mini-6x6 has been customised and features a unique tailgate as well as an airbrush paint job on the bed to mimic the wood finish found in the real Mercedes truck. All in all a very interesting project and - although it’s not as big as the real one - still an eye catcher for sure.

What customisation jobs have you tackled? Let us know on our facebook page.